Len and his identical twin Ronnie were born on 17th April 1931 to Sarah and Jim Chandler.  They had two older brothers Jimmy and Johnny. Sadly, the twins contracted pneumonia when they were18 months old and Ronnie didn’t survive.

During World War2 Len’s Dad and brothers were in the Navy and Len was evacuated from Romford. He kept running away and asking directions to the nearest railway station and managed to get home until his Mum finally gave up and kept him with her. Not bad for a 9 year old. Len was conscripted into the Army in his teens serving for 18 months in the Royal Horse Artillery in Wales and a further 6 months in Germany at the Bergen Belsen concentration camp.

Len married Peggy when he was 17 and she was 18.  They enjoyed nearly 37 happy years together raising their daughters Maxine and Kay before Peggy’s sad passing in 1985. Maxine married Gary and Kay married Alan and they were blessed with their Grandchildren Helen, Duncan, Daniel, Steven and Philippa. Len was also fortunate to have the joy of his Great-grandchildren Zack, Abigail, Kayleigh, Jack and Amie.

Some years after Peggy’s passing Len was fortunate to find happiness for a second time when he met and married Betty. They too have had many happy years together. He also had the pleasure of sharing Betty’s daughters Hilary and Dorothy and their children and Grandchildren. Betty and Len had some wonderful holidays together and until the last 18 months Len enjoyed excellent health.

Len loved his garden, Charlton Athletic Football Club, Frank Sinatra and the Rat Pack. He loved a glass of whisky in the evenings and a bowl of jellied eels.

Always remembered as a real gentleman. Will be sadly missed by all who knew him.

Dearest Farfy, you’ll never be forgotten. Say hello to all our family that we have lost from us. Love Daniel, Zoe, Jack, Amie, Billy, Moesha and Ciara. X

My much loved Mother and Father in law both lost to Cancer. May they rest in peace and may we beat this disease. 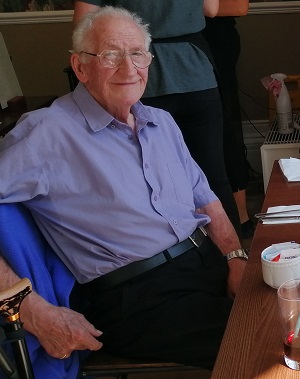 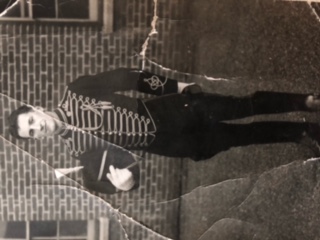 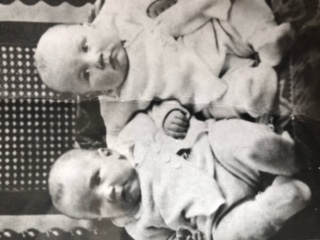 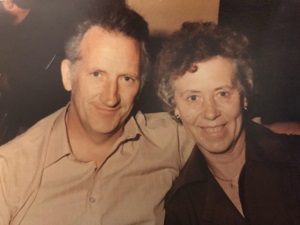